While many of our members marched on Washington with the Poor People’s Campaign on June 23, Tammy Rojas and Laile Wilson from PPF-PA and Ben Palmquist from Partners for Dignity & Rights traveled to Minneapolis for the Single Payer Strategy Conference, where they joined allies from Healthcare NOW!, the Labor Campaign for Single Payer, National Nurses United, and many other organizations. Tammy, Laile, and Ben teamed up with PNHP New York Metro, the Campaign for New York Health, and Democratic Socialists of America to present two workshops on strategies for building a multiracial, feminist, pro-immigrant, pro-poor movement for universal healthcare. Ben also facilitated a panel on building deep, strategic partnerships between labor and community organizations. He was joined by speakers from PNHP New York Metro, the California Nurses Association, Health Care for All Oregon, UE, and the Workers’ Education Society 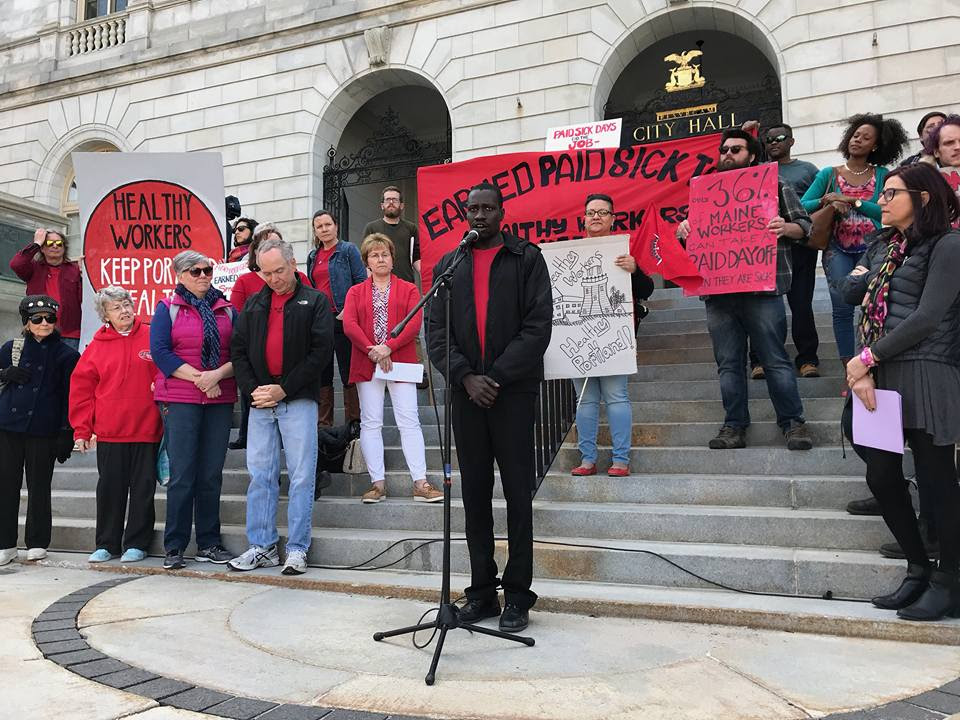 In Portland, Maine, the Southern Maine Workers’ Center is helping lead a campaign to push the city to require employers to provide paid sick days to Portland workers. The effort bridges the Workers’ Center’s Healthcare Is a Human Right and Work with Dignity campaigns, and is bringing the Workers’ Center into coalition with Equality Maine, Maine State Nurses Association, MaineTransNet, Maine Women’s Lobby, Portland Outright, Southern Maine Democratic Socialists of America, and the South Sudanese Community Association of Maine. 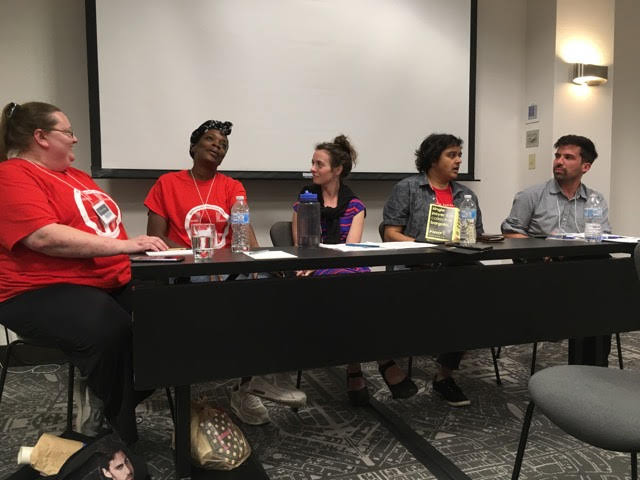 Meanwhile the Vermont Workers’ Center has been working in solidarity with nurses at the University of Vermont Medical Center (UVMMC), the state’s largest employer, who are organizing through the Vermont Federation of Nurses & Health Professionals to implement safe staffing ratios as well as living wages and safe working conditions for nurses and all hospital employees. In June, 94% of voting UVMMC nurses elected to authorize a strike if necessary when their contract is up on July 9th. As the Workers’ Center recently reported, “Hospital management, however, is so far refusing to budge – despite running $38 million over budget last year and paying $10.7 million to their top 15 executives alone.” 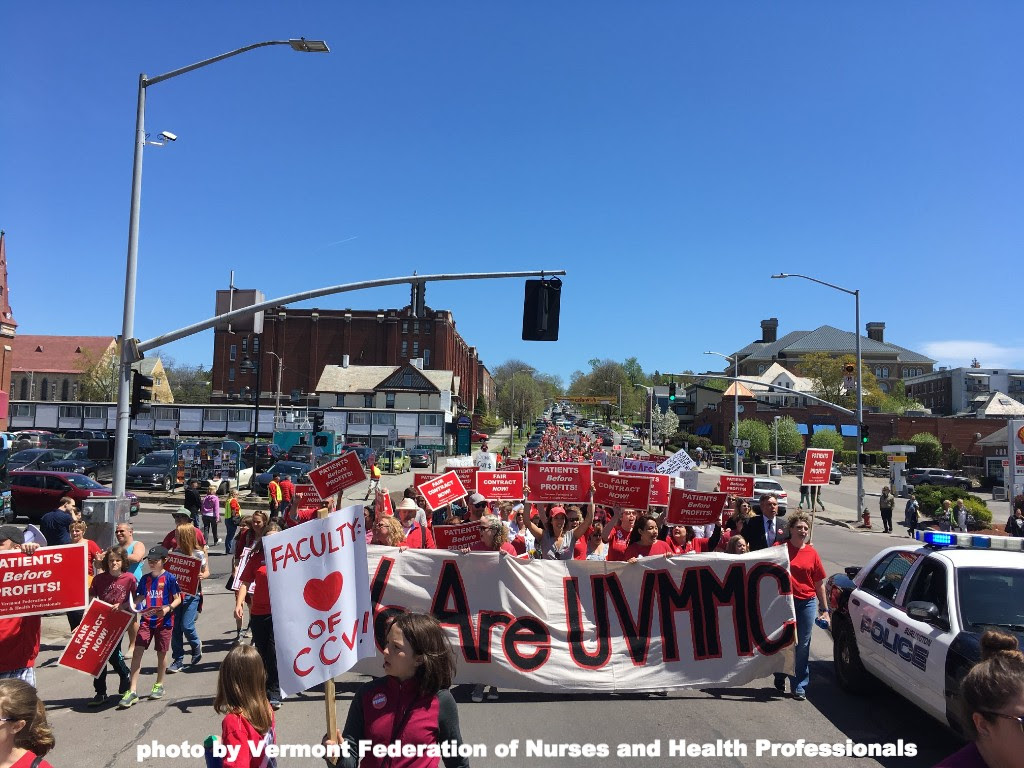 Read more:  Notes from the Single Payer Strategy Conference are available on the conference’s wiki site.